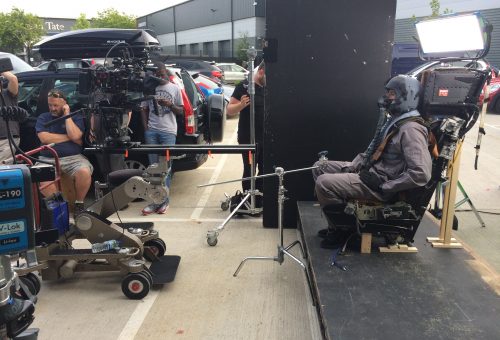 Key Survival Equipment provided a Gentex helmet and SME advice during a recent film shoot in London.  Ben Kendrick spent the day with the Sony advert producers helping to integrate the ALPHA helmet into the Virtual reality word of ACE Combat.  “Watching the filming take place against a green screen was very interesting” said Ben, “The director wanted to have a helmet that was representative of the in-game model, to do that I had to modify the helmet to suit, the only problem was getting it back afterwards, as everyone wanted to try the ALPHA on afterwards!”.